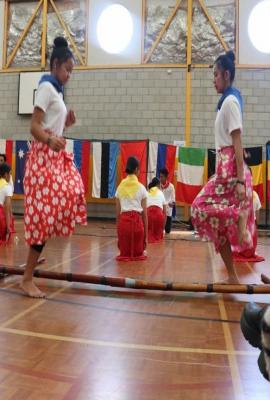 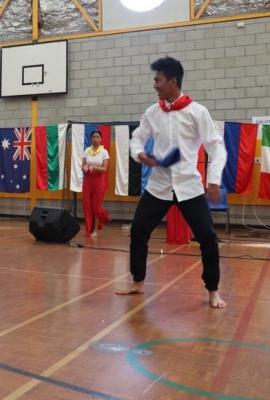 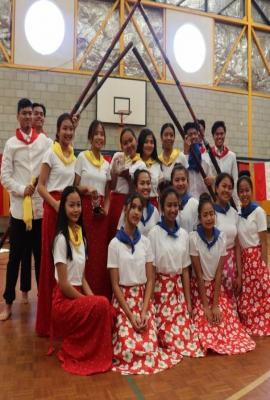 For this year’s Cultural Day some of our Filipino students performed a mixture of Filipino traditional dance. The performance started with Tinikling which is a traditional Philippine folk dance which originated during the Spanish colonial era. The dance involves two people beating, tapping, and sliding bamboo poles on the ground and against each other in coordination with one or more dancers who step over and in between the poles in a dance.  This was followed by Pandanggo: A Filipino Candle Dance.  Candles, which are called tinghoy, represent fireflies.   Some steps in our dance are not traditional, such as the whole group dance, but do represent the Philippines.  An example is “typhoons” which are a huge challenge in the Philippines.

The Philippines has on average twenty typhoons every year, in which a quarter of those would be very destructive. However, despite this challenge, Filipinos still manage to stand still and be indestructible because of our “unity”. These two examples were presented towards the end of the whole group dance. The students choreographed the performance and the music was written by Edgar Garcia in Year 12.